Yesterday I took a drive and was listening to the radio when a song came on which I haven't heard for many years.

It's a song which, back in the day, I used to sing while strumming my guitar - quite badly probably - and I think it's sheer poetry.

'Streets of London' tells a story, of people who are marginalised and socially excluded. Homeless people. People we may see every day in the street, but maybe we pass them by. Or perhaps we just don't notice them. They are the 'invisible'. 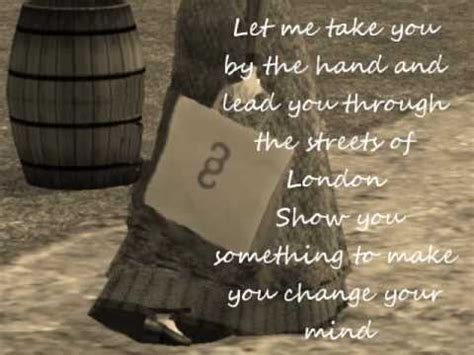 The words always make me think deeply and not just about all those who go under our radars, although I believe that is the purpose of the song, to remind us that these people are important, albeit living lives that are so unlike ours.

It challenges us, I think, to put our existence and our own worries and concerns, into some sort of perspective. It makes us consider our own good fortune, hopefully, and encourages to open our eyes to the desperate situations that others may be living in.

As the lyrics remind us ...

So how can you tell me you're lonely
And say for you that the sun don't shine?
Let me take you by the hand and
Lead you through the streets of London
Show you something to make you change your mind

Streets of London was written and originally recorded in 1969 by Ralph McTell. It was on his album of that year - Spiral Staircase.

However, it wasn't released in the UK as a single until 1974, and it's been  covered and recorded by many many other artists down the years. One I remember well was the 1971 version from another great singer ... Roger Whittaker.

It's a song about homelessness and social exclusion and in December 2017 the song was re-released, featuring Ralph McTell with Annie Lennox, as a charity single for CRISIS, the Homelessness Charity in the UK.

SO today I just share the song with you, and the video from CRISIS which was produced for that charity release.

For me, it's even more poignant because it features members of the Crisis Choir, a group made up of Crisis clients from across Britain, people who HAVE been homeless, or at risk of homelessness, people who have walked that road and slept on those streets. It's a great video and I love not just its poignancy but also its hopefulness, especially the joy and smiles at the end of the presentation.

As someone who once worked for and actually grew up in the church and charity organisation The Salvation Army, who among other things also supports and cares for homeless men, women and families, I've met many people like this and I know they're often wonderful people, with so much to offer the world. They should not be 'invisible'.

Please, if you can, take time to watch it ... enjoy the song ... but also maybe absorb the message?