Somewhere Over the Rainbow

It was back in 1939 that the world got to know a certain young actress, singer and dancer who would become one of the most famous women in the world.

Judy Garland was born on this day - June 10 - in 1922 and she had already been on the stage for many years, as a child star on vaudeville, before she starred in The Wizard of Oz,  a musical based on a classic children's book called 'The Wonderful Wizard of Oz' by the author L. Frank Baum.

Baum actually penned 14 Oz stories plus 41 other novels, 83 short stories, over 200 poems, and at least 42 scripts - a prolific writer. I've read some of the Oz stories and if you've never done so, its worth it. But as I was investigating him, I discovered that actually some of his works were rather 'prophetic'. He apparently wrote about future inventions like television, augmented reality, laptop computers (in his novel entitled The Master Key), wireless telephones (Tik-Tok of Oz), women in high-risk and action-heavy occupations (Mary Louise in the Country), and much more. 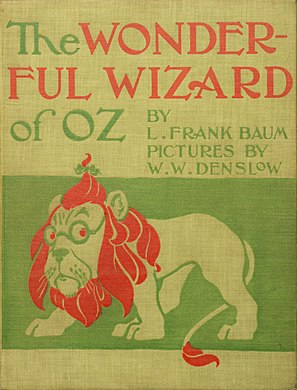 'The Wizard of Oz' is, of course, a fairy tale about the adventures of a young farm girl named Dorothy Gale, played by Judy Garland in the movie. She and her pet dog Toto venture into the magical Land of Oz after they are blown away from their home in rural Kansas by a cyclone.  It was first published in  January 1901, and the book has become one of the most loved and best-known stories in American literature. The Library of Congress has even declared it "America's greatest and best-loved homegrown fairy tale."  By 1938, when the film was in production, it had already sold a million copies. And it's success has gone from strength to strength, being translated into many different languages.

As an adult I watch it and read much more into its narrative twists and turns. Our longing to be safe and 'home' and to appreciate what we have there, without perhaps having to travel far to find happiness and fulfilment and friends. The 'evil' that may be around us and how we need to gain the courage to fight against it.

And, of course, I loved the music in the movie with original score by Herbert Stothart. The film was nominated for  six Academy Awards, including 'Best Picture', but lost out to another brilliant classic 'Gone with the Wind'. But it DID win 'Best Original Score' and 'Best Original Song' for  "Over the Rainbow" - sung at the start of the movie by Judy.

I love the sentiment of this song. We all dream and wish and hope for 'something better' don't we? But as the movie unfolds, we learn that sometimes our dreams and hopes and wishes are all right here, right where we are. We just need to learn to cherish and appreciate what we have.

Today, enjoy this excerpt from the movie and what I think is one of the most perfect songs ever written...sung by one of the most brilliant performers the world has ever seen.