Cathy Home Page Archives Profile
Ash Wednesday
What to give up

If you've been following my threads of thoughts this week you'll know that we've started our journey into Lent - the 40 day or 6-week preparation for Easter.

During this holy season it's all about reflection ... to prepare us for thinking about the sacrifice of Jesus Christ on Good Friday, and the celebration of Easter morning when he defied death and was resurrected.

That's the point of Christianity really, this belief in a God who is a living being, not just a sculpture or an icon, or even just a concept or way of thinking that can make us 'better people'. Christians believe that Jesus was the Son of God, and that by dying and rising to life, death itself is conquered so that we can all live eternally, even when we die, if we have faith and belief in him.

It's BIG stuff - so that's why during Lent there's a good deal of self-reflection and prayer going on.

In the very early days of Christianity, when believers were constantly under the threat of persecution from the Romans, being a Christian was counter cultural and 'conversion' had to be carefully considered, so those wanting to be baptised as Christians often spent loads of time studying and preparing.

Many chose Easter as the date for their baptism into the faith, and the 40 days running up to that important step in life were often set aside for preparation and study. Others in the 'church' joined them by observing the season in similar ways, to support their new friends and sometimes to renew the commitment of their own baptisms. And so the traditions of Lent were born.

Traditionally, there are three things that Christians did and still do during Lent - prayer, 'almsgiving' (or giving to good causes and those less fortunate than ourselves) and fasting ... and the last point is where the idea of 'giving up something' for Lent comes in.

During Lent even if believers don't fast and deprive themselves of food and drink, it has been common to give up something that is important to them for 40 days, as a way of putting priorities in place, experiencing 'sacrifice' and drawing closer to God.  It's part of the 'conversion' experience of Lent.

And nowadays, even people without faith have taken up this idea of giving something up for the season ... maybe trying to part with a bad habit, or not eating meat, or giving up alcohol or chocolate for these 40 days. Some take the money they save and give it to charity. Very much in the spirit of Lent. Others do it without realising why they're doing it! It's become a trendy thing to do!

After the year we've had with the coronavirus pandemic, where many of us have had to give up so much anyway, it might be a stretch too far to deprive ourselves even more during Lent, but there is another way we might think of getting involved in the Lenten season.

For a couple of years, instead of giving things UP I have instead taken a different route and have given something AWAY.  In my case, I ended up with 40 items of clothing/books/bric-a-brac in a black plastic bag which I then donated to charity.

This year I may have to think a bit more laterally because after filling quite few bag loads of clothes, I'm not sure I have many good things to give away now  ... but hey... I'm up for the adventure!

Perhaps instead of depriving ourselves of things we love, we can use the next six weeks to improve ourselves. Maybe do some reading that inspires our spirit or perhaps do some volunteering?

Lent is down to us really. The journey, the adventure, has just begun. 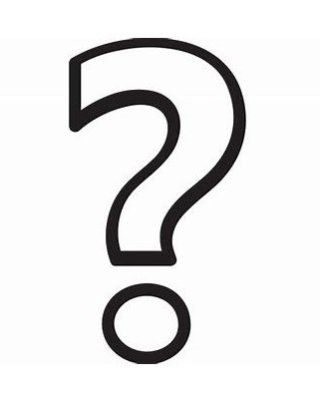 So - here are some audacious questions

How will you spend your Lent?

Are you planning a 'spiritual journey' over the next 40 days?

Are you 'giving up' something?

If so, what that might be? And will that be a sacrifice?

Or are you planning instead to start something new this Lent?